When I first saw this photo of our cousin Francis Pedrotti (left), I thought he was my uncle Bob Barrett (right)–cleft chin, very Barrett. They were second cousins, descendants of the Irish immigrant couple Patrick and Mary Barrett, both born in 1919. Both went to McBride High School (though Francis graduated and Bob did not). Francis joined the Marine Corps and was on the Whale Boat Team, USS Arizona at Pearl Harbor. Bob was drafted, worried about his weight in letters to his sister Kathleen (my mom), and became a saxophonist in the 32nd Infantry Band. Both were killed in the line of duty. Families — members so alike, yet so different. 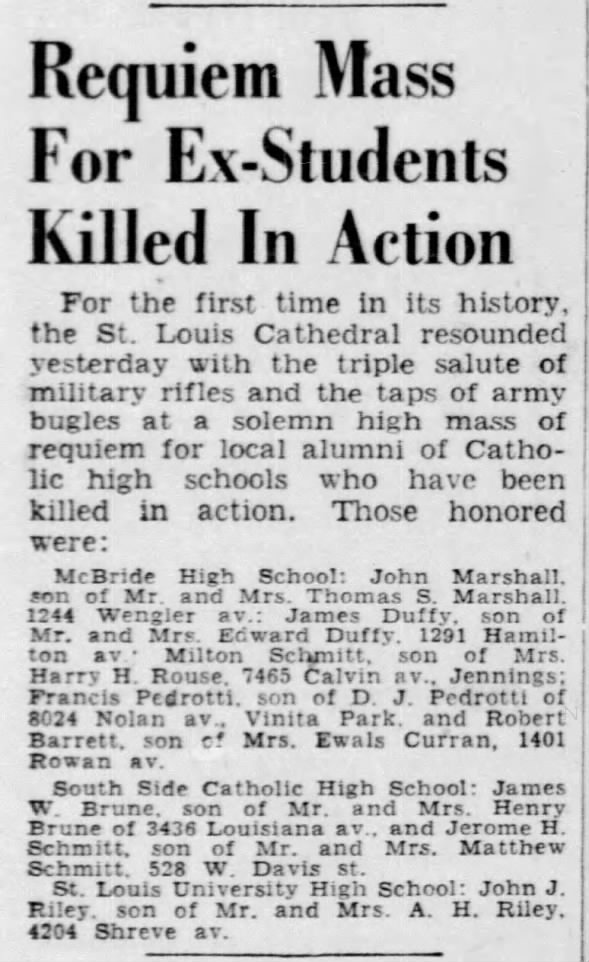