On Friday morning, May 1, 1942, Ewald Curran picked up the phone and was barraged with questions about the death of his step-son Bob Barrett. What? What had happened? This was the first the family heard that their beautiful boy had perished in in the Rocky Mountains, on his way from San Francisco to St. Louis. 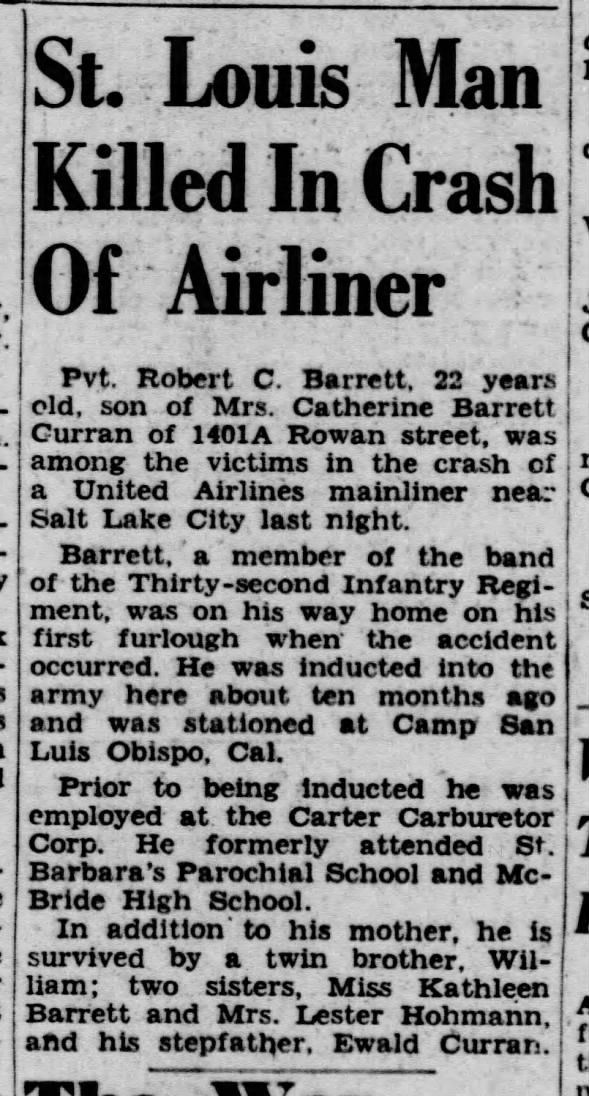 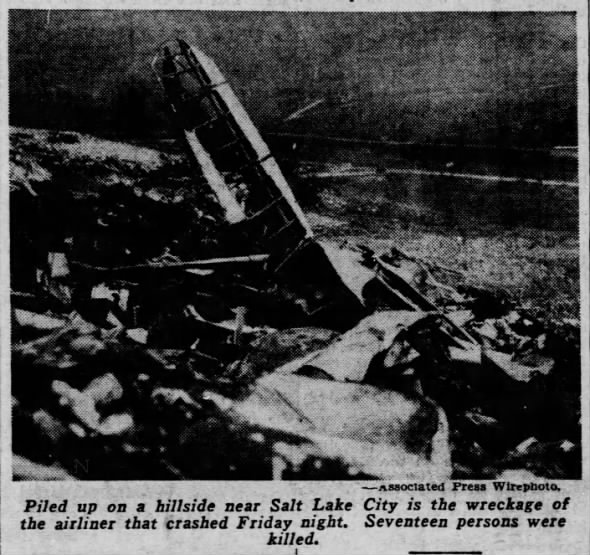 The crash is a wicked twist of fate, the kind that haunts a parent forever. On Friday afternoon, the day before, Bob hears he’s going to be shipped out to the Aleutians and gets a short furlough. He calls home and begs his mother (my grandmother Kitty Mom) to wire him money so he can fly. The banks are closed. But Mr. Catanzaro, who has long supplied produce to Barrett’s Market, offers to lend her the cash.

Bob gets his money, hitches a ride to San Francisco, and buys a United Airlines ticket. At the airport, he is so visibly excited about going home that a fellow soldier, booked on an earlier flight, trades tickets with him. At 11 p.m. MNT, that flight crashes near Salt Lake City.

The family is devastated.

The Civil Aeronautics Board conducted a thorough investigation, particularly concerned about sabotage as the War was heating up. Their conclusion was essentially “pilot error.”